Join Greenpeace in cities around the world on 20 April 2013 to create iconic images to send to world leaders saying: I ♥ ARCTIC.

I Love Arctic is an international campaign of Greenpeace. The target is to show how many people want to act to change the future of the North Pole. Together we can Save the Arctic!

This is to celebrate that Finally, the Aurora team consisting of four young people on a mission to the top of the world has planted the ‘flag for the future’ and the time capsule four kilometers beneath the ice of the Arctic. They have called for the region to be declared a global sanctuary on behalf of all life on Earth, and drawn a line in the ice, telling the polluters and oil companies: you come no further.

But is it enough to stop them? Oil drilling and industrial fishing are still putting our beloved Arctic at risk. Each and everyone of us is relying and is affected by the health of the Arctic. Now the Arctic needs your help. All you have to do is say it out loud on the Global Day of Action: I ♥ Arctic to show the political leaders that the global movement for the Arctic protection has grown into a force that can no longer be ignored. 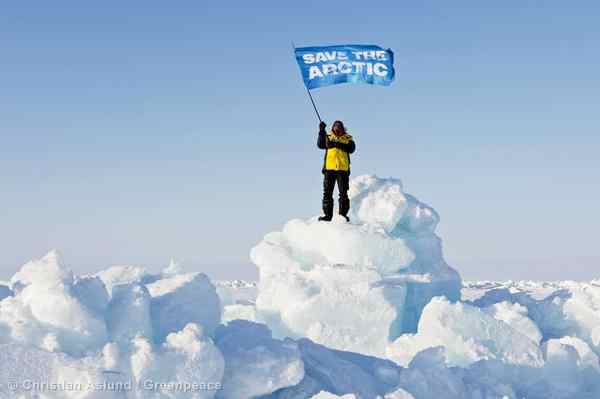 Lets challenge the companies and nations seeking profit from climate change by joining or organizing an I ♥ Arctic human banner event in your community. This is our last chance to strengthen the global movement and demand a global sanctuary in the uninhabited area around the North Pole, once and for all.