Finally, the billions of olds CDs accumulated can now be recycled. A physicist from National Taiwan University, has come up with a way of recycling CDs for wastewater treatment. It’s a small, low-power method using UV light and zinc oxide applied to the old CDs. In tests, the device was able to break down over 95% of the contaminants after an hour of treatment. 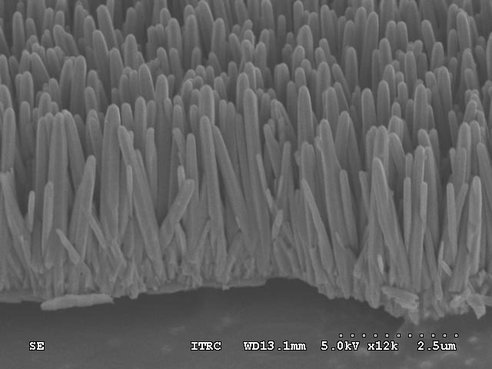 CDs and DVDs are scarcely used nowadays with the people more bound to use digital files. But that doesn’t mean CDs are just going away, in fact waste accumulated from old CDs are now in billions. But Din Ping Tsai, physicist at National Taiwan University sees it as “cheap, readily available, and very commonly used”, and came up with a method of recycling it.

“The spinning disk reactor is small, consumes little power, and processes contaminated water more efficiently than other photocatalytic wastewater treatment methods, Tsai says. The device could be used on a small scale to clean water contaminated with domestic sewage, urban run-off, industrial effluents, and farm waste. Going forward, the team is also working on ways to increase the efficiency of the reactor, and Tsai estimates that the system could soon be improved to work even faster, perhaps by creating layers of stacked disks.”

The optical disks are used as a base, it is coated with zinc oxide, which can then be spun as water is applied creating a thin-film of water which effectively interacts with the photocatalytic layer of zinc oxide nanorods.

Though this could be a wonderful application for old CDs, it’s unlikely to solve the e-waste of old CDs. The number used for this treatment system, is a tiny fraction of the total production of CDs, which currenly accumulates at 20 billion CDs per year.

The system is best suited for small installations, but nevertheless an interesting system and worth sharing. In the future we will need ideas like this to have the ability to deal e-wastes, plus it also provides an effective wastewater treatment.