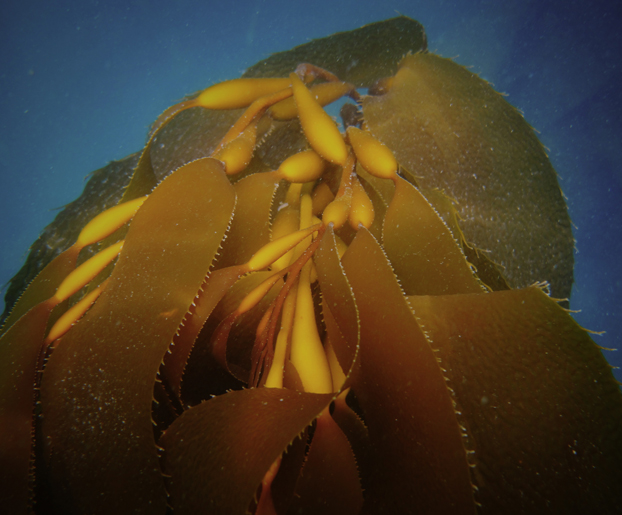 Using synthetic biology and enzyme engineering, a new form ofÂ E. coliÂ bacteria was created that can digest all the sugars found in brown seaweed, producing ethanol that is twice the yield of sugar cane and five times that of corn.
This breakthrough of transforming seaweed into fuel has been the dream of many scientists, entrepreneurs, and policy maker for years. The traditional biofuel crops, corn and sugar cane, has been topics of several debate since these traditional biofuel sources compete with food crops in terms of precious land area and fresh water, butÂ Seaweed doesn’t.
Seaweeds has been seen as a source of biofuel. The main road block for seaweed was that standard microbes cannot readily Â metabolize its primary sugar content, known asÂ alginate. Other types of sugar found in seaweeds ferment readily, but without the conversion of its primary sugar content, seaweed biofuel production is too inefficient and too expensive to compete seriously with petroleum based fuels.

Adam Wargacki of Bio Architecture Lab in Berkeley, Calif., and his colleagues, with the use ofÂ synthetic biology and enzyme engineering,Â have made seaweed more palatable. They have engineered a new form ofÂ E. coliÂ bacteria that can digestÂ allÂ the sugars found in brown seaweed, including its primary sugar constituentÂ alginate. With this technique fermentation experiments has successfully achieved 80% of the seaweed’s theoretical ethanol yield. This production is twice to that of sugar cane and five times that of corn. Although this is a breakthrough in biofuel, there is still a big question to whether this newly engineered microbe can be scaled up for mass production.